When the U.S. Navy Blue Angels Come to Town 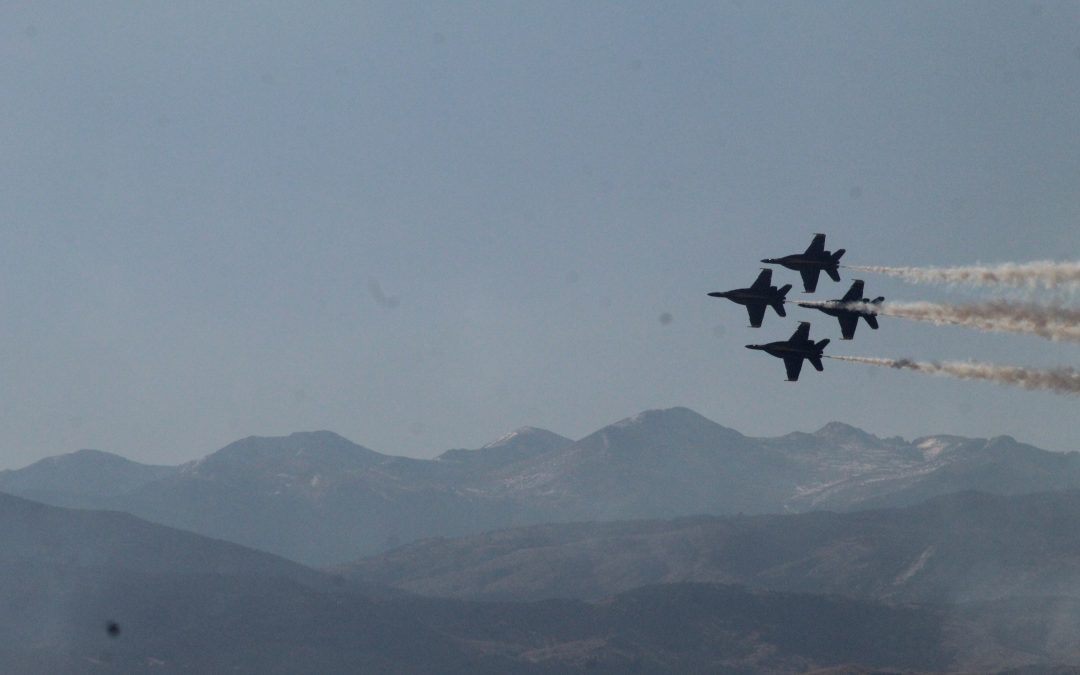 The Great Colorado Air Show, hosted by the Northern Colorado Regional Airport, and produced by the Air Show Network, was held in Loveland on October 16 and 17.

The U.S. Navy Blue Angels headlined the event, with their first Northern Colorado appearance since 2002. This year, they celebrated their 75th anniversary with the transition to a newer, faster jet, the F/A-18 Super Hornet, 25% larger than their predecessor jet. This was the first jet change in 35 years for the Blue Angels.

Andy Caldwell attended the event with his daughter and shared the story of his experience of Blue Angels: “In 1982, I was 12 years old and attended my first air show at the Loveland-Fort Collins airport. The Blue Angels were featured, and I was obsessed. For years afterward, I built Blue Angels models, wore a Blue Angels cap, dressed up as a Blue Angles pilot, and dreamt of when I would see them again. Now I am 51, and I’ve seen them several times and been to several air shows. It never gets old. But what made it even better was sharing this experience with my daughter. She is 15 now. To see the air show through her eyes brings me back to my youth and my fascination with aviation.”

“This air show wasn’t just about the Blue Angels. Several other acts were exciting and engaging on their own. The Rocky Mountain Renegades were so fun to watch, and the F-35 demonstration was truly awe-inspiring. Although the ticket prices were high, I found this air show well organized and entertaining from start to finish. After a couple of difficult years, this was a great day, and we had a wonderful time,” Andy adds.

There was a packed schedule of flights and performances on both days, bringing crowds from all around to see these magnificent aircraft and pilots. This author suspects there were many more in the crowd having experiences like the Caldwell’s.