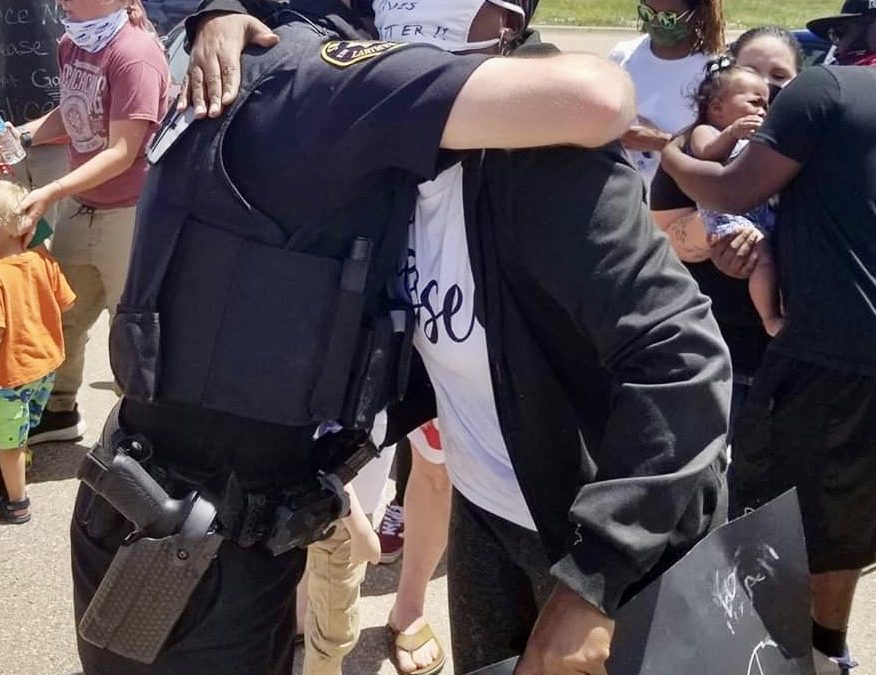 On May 31, 2020, over a hundred people showed up to a March through downtown Wellington, led by Wellington resident Tishonda White-Grissom. An impressive turnout for a March planned within 24 hours in a community where less than 1% of the population is African American. Larimer County Sheriff’s Department attended to help direct traffic, so the March went on safely.

Tishonda organized this peaceful gathering based on a desire for unity, awareness, and bringing everyone together in support of the local black community. “I explained to everyone that we just want to bridge the gap between us, the community, and the police department.” She was overwhelmed by the heartwarming response and show of support from Wellington.

Tishonda and her family have lived in Wellington for a year. In that year, the family’s now 7yr old experienced racism at school from a peer. Tishonda herself experienced a hate crime when she lived in Arizona. These two experiences, coupled with the news of George Floyd’s death, led her to speak out. “I don’t want to go through another year of feeling like I am not at ease. It is time for things to change,” she said.

Efforts didn’t stop when the March ended. Tishonda is organizing a meeting between the local police department and a group of black community members, so everyone can meet and feel at ease around each other. She is also planning a BBQ for June 27, in Wellington Community Park, to continue the March’s theme in creating a peaceful gathering space for awareness and support.

In April, Wellington gained more diversity on the Town Trustee Board with the election of Jon Gaiter. Mr. Gaiter attended the March on May 31, and described his experience: “I was ecstatic to see that the organizers focused on bringing the community together. To see that our local law enforcement was part of it was fantastic. It was amazing to hear people talking about doing a ride-along with our local officers to understand better how we can work together.”

Awareness of diversity and discrimination is just as important in small towns like Wellington, as it is in big cities. Everyone should have the opportunity to live a life free from fear or unequal treatment due to their race, gender, or sexuality. While this is a hot topic for many, peaceful acts like this March help create community and understanding around these topics.

Trustee Jon Gaiter said it well: “My hope is that more people can follow what was done here in Wellington, where it is not us vs. them, but all of us together to fix the problems we face.” 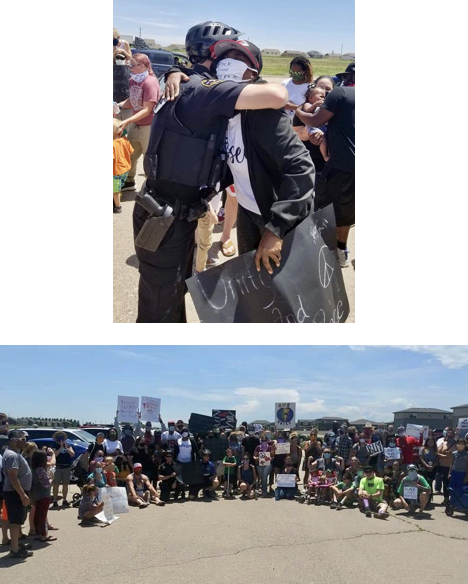 Crowd of attendees at the March on May 31. Photo provided by Tishonda White-Grissom.