The Wellington Hotel, a Pillar of Historic Downtown Wellington 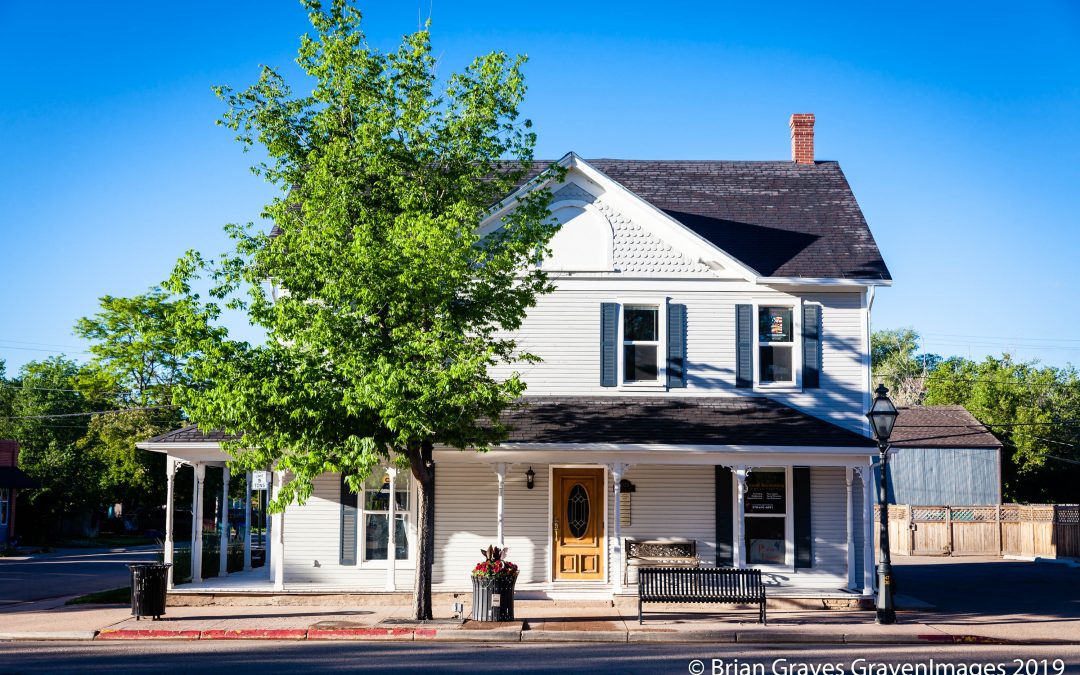 In April 1904, a Fort Collins Courier article stated, “Wellington needs a hotel and needs it much, and must have it. Persons who are interested in the welfare of our prosperous city should unite their efforts to secure one..”. Wellington, founded in 1903, had businesses popping up all around downtown.

On May 4, 1904, the Fort Collins Courier reported that Lewis Secord of Fort Collins planned to build a first-rate hotel in Wellington at an estimated cost of $2,500. Two lots were purchased from the Northern Colorado Irrigation Company and one from the Fort Collins Development Railway Company, which stipulated that the lot could only be used to develop a hotel.

Lewis Secord was born in Ontario, Canada in 1838, and immigrated to the United States in 1875 with his wife and son. They initially settled in Laporte, where Lewis owned a blacksmith shop. They moved to Fort Collins in 1880, where Lewis invested in multiple businesses, from a clothing store to a gunsmith, to a book and stationery store. He developed the Secord Block in downtown Fort Collins and was the proprietor of the Nedley Hotel, where he lived in an apartment. He died in the hotel in 1927 and is buried in Grandview Cemetery.

The three assembled lots at Cleveland Avenue and Second Street corner would become Wellington’s first hotel. Lewis was working alongside Franklin Corbin on these transactions. Franklin owned the lumberyard located at First and Cleveland and was the investment partner as his lumberyard profited and provided the supplies. Lewis hired a contractor, and construction began immediately. Unfortunately, a flood filled the foundation by the end of May, scattered the stockpiled lumber, and delayed the project.

June 6, 1904, the hotel’s construction hit full force, with a crew of around ten men. Lewis traveled up to check progress and help with arrangements. He also built a livery stable for the hotel guest’s horses and carriages (a building no longer there, gone along with the coal shed that once shared the lot). By the end of June, they were on to the interior work.

The project ended up costing $4,000. An interior designer was hired to help decorate, and Mrs. Secord also helped pick out furniture. The furnishings moved on August 4, 1904, and one week later, the hotel opened for business. There were 16 rooms, most with bathrooms and closets, and modern hot and cold running water conveniences.

The Fort Collins Courier published an article on August 17, 1904, sharing, “Last Thursday, Mr. Secord of Fort Collins, opened the new hotel here and fed 17 the first meal. On Sunday, there were 24 for dinner. They are setting the table equal to any $2 a day house in the country, although their rates are only $1, and lower rates by week or month. The rooms are something ‘swell,’ Airy, neat, clean, and well furnished. The house is nicely papered throughout and well finished in every way. They have several regular boarders now, and the number is rapidly increasing.”

In November, Mrs. W. W. Russell of Fort Collins was hired as the hotel’s manager and earned a reputation for her kindness to the guests. Travelers and town citizens were pleased with the new hotel and how it operated. It was a popular dining place, and by the spring of 1905, the staff reported serving dinners to as many as sixty at a time. The busiest night of the week was Sundays.

In February of 1906, ownership changed during what appeared to be a dissolving of the partnership between Lewis and Franklin. Lewis sold his half of the interest in the hotel to Franklin for $2,000, and Franklin transferred ownership of the site to the Corbin-Black Lumber Company. Two days later, the newspaper announced that Mrs. Julia McGowan secured a lease on the hotel with plans to operate it.

For the next sixty years, the Wellington Hotel transferred hands on average every three years. Despite the continuous change in ownership and management, the hotel continued to operate and was considered Wellington’s finest accommodations. The restaurant remained popular, and Thanksgiving dinners drew the largest crowds. Then, in 1934, during the Depression that impacted business for everyone, the owners lost the property to Larimer County, likely due to not paying taxes. For at least five years, the hotel was closed.

The Wellington hotel eventually returned to private ownership, and in 1943 some of its rooms were remodeled into four two-bedroom apartments. However, there were single rooms retained for overnight guests.

The hotel was purchased by Alma and Charles Cook from Fort Collins in 1964, and they owned and operated the facility into the early 1990s. It likely served as a rooming house rather than a hotel. By 2000, the nearly 100-year-old hotel was in disrepair and need of attention. Dave Hudson purchased it and, starting in 2015, carefully rehabilitated the entire interior and exterior of the building, converting the property into an office building.

Currently, the Wellington Hotel, at 3725 Cleveland Ave., is alive with downtown businesses. Walkthrough the main door to receive anything from a haircut, waxing, piano lessons, legal or accounting advice, a new website or logo, or help with your fish population. Renovations continue, and there is talk of this building going on the historic registry.  In 2021, it was voted as ‘Wellington’s Favorite Landmark’ through the ‘Celebrating Main Streets’ Campaign put on by the Wellington Main Streets Program and Colorado Main Street.