Once a Telephone Exchange, Now a Retail Store, Always a Piece of Historic Downtown Wellington’s History 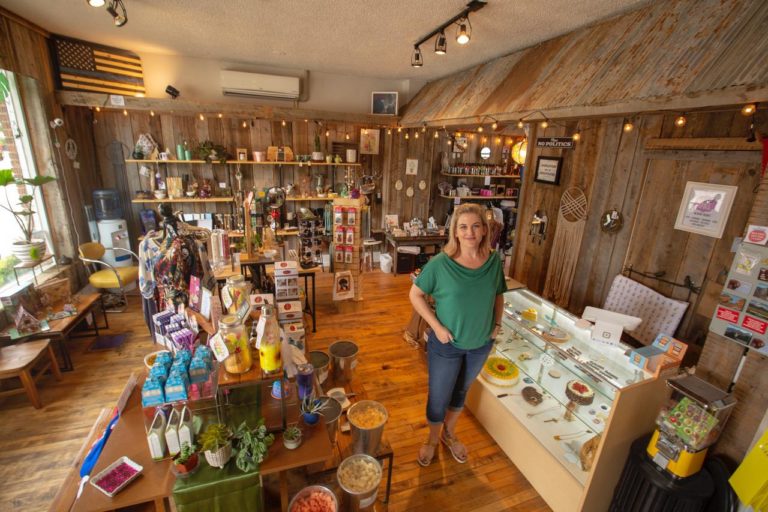 Once a Telephone Exchange, Now a Retail Store, Always a Piece of Historic Downtown Wellington’s History

If you have never visited the downtown Wellington shop Thistle, you must stop in. You will find yourself in a sea of eclectic gifts, household items, clothes, accessories and crafts made by local artists. The history of this building is just as interesting as the spread of items for sale. The true story of these walls heard a LOT of talking.

In 1903, the Colorado Telephone Company had 33 telephone subscribers in Wellington. Back then, if a person needed to make a phone call, they called the telephone exchange, and a human operator connected them through to the person they wanted to reach. As Wellington grew, a need for a local telephone exchange led to the 1904 construction of a small wood-framed building at 3713 Cleveland Ave., for the exchange to run out of. By 1906, a deal was made with the town, and telephone poles were erected in town and out in the country, allowing phones to be installed in Wellington businesses and households. By 1910, there were 100 subscribers, and they payed two dollars per month for their service. In 1911, the Colorado Telephone Company turned the exchange over to Mountain States Telephone and Telegraph Company (MST&T).

In 1925, after telephone subscriptions were up to 200 subscribers, MST&T decided to build a new telephone building. The original wood frame building was moved to the back of the lot, and the one-story brick building we see today, was built. The wood-framed building on the back became living quarters for the exchange Manager. The new exchange could serve 600 customers, and rates rose to two dollars a month for residents and four dollars a month for businesses. Traditionally, telephone exchanges were run by single women, and the women were supposed to quit their jobs if they became married. Mabel Walker, who managed the exchange for much of the 35 years it was active, left after she got married in 1911, but returned in 1919, and her and her husband eventually resided in the living quarters in the back of the building.

In 1939, an announcement was made that the telephone exchange would be changing to a direct dial system. The direct dial service needed a building to house the equipment, and the small windowless brick building that still stands just south of the North Poudre Irrigation building on 2nd St, was erected. The direct dial system went online in April of 1940, making it all automated, and eliminating the need for telephone operators, who were all laid off. The telephone exchange building was then sold to the Hankins family, who used the building for residential and commercial purposes for the next three decades. In 1972, it was sold to Rocky Mountain Natural Gas Company, and they made upgrades and did some remodels over the next decade.

Thistle was started in 2017 and is run by a graphic designer with a deep love of all things art, home decor and design; with a side of humor. Kelly loves sharing her unique perspective through the items she stocks and loves providing an avenue for local makers to sell their creations. Kelly enjoys connecting with customers in a way that no longer exists in large box stores. She can often offer decorating and gift suggestions and is happy to attempt to find items at request of her customers. At Thistle, you’ll find gifts for kids and guys as well as the ladies. Just be ready for a good laugh at some of the snarky items dotting the shelves. Stock is ever changing, and Kelly keeps customers in the know with Thistle’s Facebook and Instagram pages, both under the name “THISTLEWELLINGTON.”

A historical survey was completed on this building in 2018, facilitated by the Wellington CO Main Streets Program, completed by Tatanka Historical Associates, and funded by History Colorado State Historic Fund Grant. For more details on the history of this building, you can find the survey results at  www.wellingtonmainstreet.org/resources.

We use cookies to ensure that we give you the best experience on our website. If you continue to use this site we will assume that you are happy with it.Ok