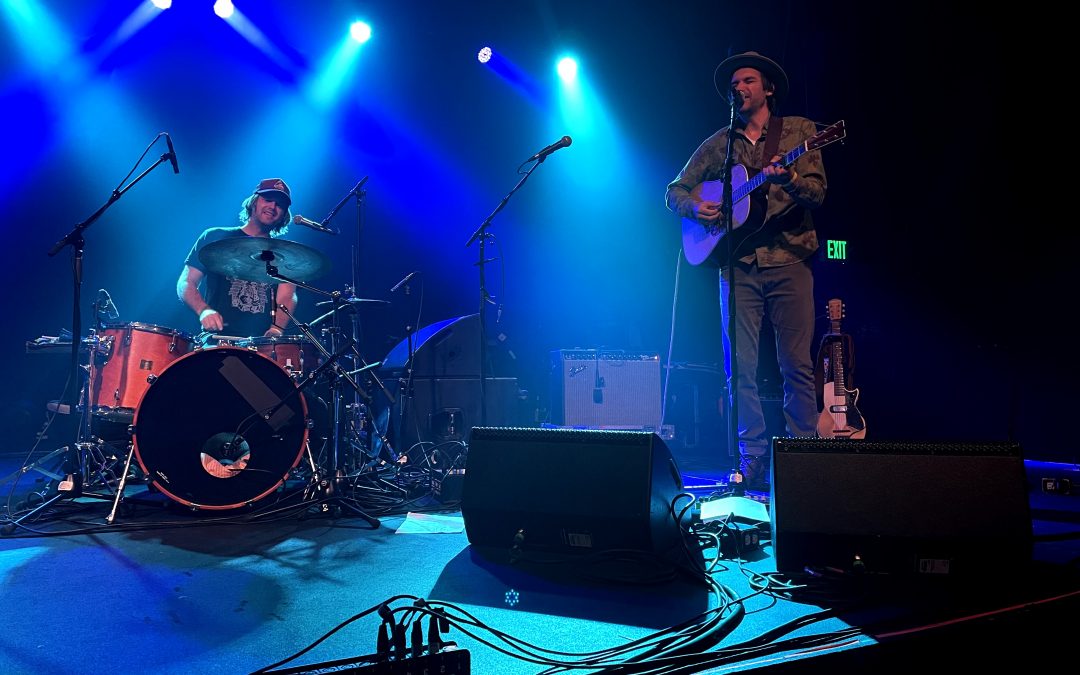 Colorado singer-songwriter, Daniel Rod­­riguez, turns to his acoustic guitar for memorable, melodic hooks to accompany his poetic and contemplative folk songs. With over a decade under his belt as one of the founding members and lead songwriters of the transcendental folk band Elephant Revival, Daniel is well-versed in the Americana tour circuit. After ER’s hiatus announcement in 2018, Daniel immediately headed out on tour as a solo artist. He’s been chosen as main support for bands and shared stages with a lot of great acts. Wednesday night at the Aggie, he opened for Donavon Frankenreiter.

This author saw Daniel Rodriguez live at the Aggie Theater in Fort Collins on June 30, 2021. It was exciting simply being in front of live music post-pandemic, and a bonus that both bands put on a fantastic show. Some Q&A with the artist afterward shares the following:

How do you like performing at the Aggie Theater?

DR: I love the Aggie. I’ve always loved playing that stage—lots of great memories and time to make new ones.

How has it been as a solo artist after Elephant Revival?

DR: I miss playing to our large audiences and playing all those songs I wrote for ER. But I love the freedom I now have in my decision-making and creativity.

How does it feel to get back on stage after the pandemic?

DR: At first, it felt really strange. Like post-apocalyptic. I almost couldn’t remember how to do it. But, by golly, now it feels amazing!

What is next for you on the music horizon?

DR: I have lots of more songs to record. And big tours to go on. I’m looking forward to recording the next album.

What is one message you would give to your fans in NOCO?

In August 2020, Daniel Rodriguez released his debut album, Sojourn of a Burning Sun, via BMG’s sublabel Renew Records. Check out his website to hear his music and see where he plays next, https://www.drodriguezmusic.com