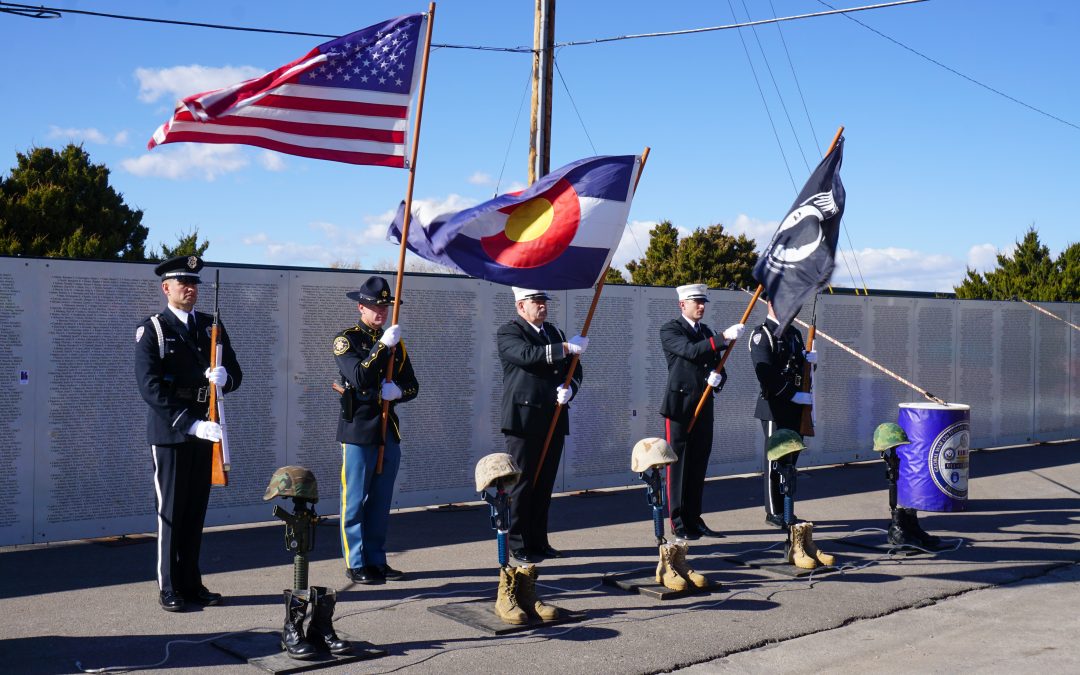 The Global War on Terror Wall of Remembrance brought visitors from all around, for a moment or two of remembering those who lost lives in the multitude of terrorist attacks and conflict occurring since 1983. Many visitors knew names on the Wall, making it ever-more impactful.

This author remembers 9/11 most vividly for it being one of two times in my life that I saw my father cry. Rodger Lindgren (1942-2005) served in the Navy during the time of Vietnam. He wept in the living room that day as images of rubble, distress, and planes crashing filled the screen. The weight of loss, heavy and unpredictable. I know he would have appreciated the Wall.

At 11:11 am on November 11, 2021, four F-16’s flew over downtown Wellington. The streets filled with onlookers and lined with flags as the planes flew over and circled back again. I stood next to a man who shared he used to fly those planes and had crew members’ names on the Wall. His wife concurred, sharing the tears in her eyes during the flyover were the same as when she watched him fly.

The Marine’s birthday celebration included faces young and old. Eighty-year-old Lou Kinzli, who served in the Marine Corps from 1864 – 1972 and was part of the Marine Corp Small-bore National Rifle Team, held the sword steady as he cut the cake. It was an unforgettable evening watching Lou, in his community, alongside the young men just beginning their paths. So many great men are also veterans.

Thousands of people showed up to see the Wall and watch the flyover. Hundreds came out for the chili cook-off, Veterans Day Roll Call, and pancake breakfast. Downtown business owners reported better sales than they had in months and faces they had never before seen walking in the door. They thank all the visitors who came to warm downtown Wellington despite the stretch of windy days. The ripple effect of getting the community together is powerful.

Huge thanks to all involved for making this extra special event happen. The folks at Old Colorado Brewing Company, BBQ Love Shack, American Legion Post 176, the Romans Warrior Foundation and Qualified Listeners, and countless volunteers and community members worked together to make this happen. They are still tallying funds raised for the nonprofits involved, with $10,000 at last count. Magic happens when communities gather and connect.

Word on the street is the Wall will be back again next year.

“As we express our gratitude, we must never forget that the highest appreciation is not to utter words, but to live by them.” John F. Kennedy